What Does ‘Anything Against Anyone’ Mean?

What Does ‘Anything Against Anyone’ Mean?

And when you stand praying, if you hold anything against anyone, forgive them, so that your Father in heaven may forgive you your sins (Mark 11:25 , NIV).

What did Jesus mean when he said, “anything against anyone”?

I believe he wasn’t just talking about big issues like being badmouthed, lied to, stolen from, or physically injured. He also meant those little barbs that annoy us. I heard a preacher say recently that holding onto an offense is the beginning of bitterness and unforgiveness. The small issues will eventually compound into bigger issues that are harder to deal with.

We often tend to look at the little things as no big deal and brush it aside without really letting go.

If we weren’t truly injured, just a bit annoyed, then what is there to forgive?

For example, we may be annoyed that the preacher doesn’t use the King James Bible or that the music leader incorporates too many hymns, so we contemplate leaving the church. We don’t like that a parent snapped at us when picking up their child from Sunday School, so we stop being loving to that child, or even stop teaching the class altogether. A coworker didn’t follow through on a project and we had to pick up the slack, so we avoid them for the next week because they were so rude. We just can’t believe good people would behave in such horrible ways!

But it’s not just about forgiving. It’s about applying grace when others make mistakes and truly letting the issue go. Don’t give it another thought. Or if you do think about it, not feeling a catch of negative emotion in your spirit, such as irritation or hurt.

The Bible is clear that we are to live at peace with those around us.

Accept what happened and honestly move on.

A friend, at the prompting of the Lord, showed me a book last year that changed my life. The author discussed the trap of offense and encouraged the reader to dig deep. Each day I had to do some soul searching and write out a prayer. God showed me several areas where I’d been holding onto little things that I didn’t realize were causing me problems. A neighbor who judged me as being a liberal parent, a boy who said something despicable to my son, a classmate from church who for years hasn’t bothered to acknowledge me – small things I should’ve just let roll off my back.

So how do we keep from being offended, so we have fewer issues of ‘anything against anyone’ that must be forgiven? During this study, God showed me:

So the challenge is this: Before you pray, search your heart and see if there is anything hiding in there that doesn’t belong. Ask God to show you things you’ve brushed aside but never dealt with. Choose to let the little things go so they don’t grow into bitterness and unforgiveness.

Be sure that when you pray, you no longer hold ‘anything against anyone.’ 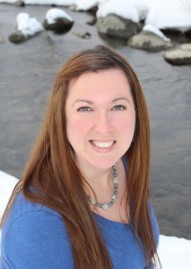 Jen grew up on the Columbia River Gorge and currently lives in Alaska with her husband, two children, two boxers, and two cats. Her goal is to write novels that encourage women to look for positive qualities in a life partner, and to foster an environment of real romance, rather than fantasy, as they grow old with their spouse. For more, visit her website at http://www.jencudmore.com/. You can also find her on Facebook, Twitter, Pinterest, and Goodreads.

This entry was posted in Contributor, How To Pray, Jen Cudmore, Praying Through the Scriptures and tagged anything against anyone, forgiveness, Jen Cudmore, Mark 11:25, peace. Bookmark the permalink.

2 Responses to What Does ‘Anything Against Anyone’ Mean?

We would love to hear your thoughts.