Prayer for Our Enemies? Really?

Pray for Our Enemies? Really? 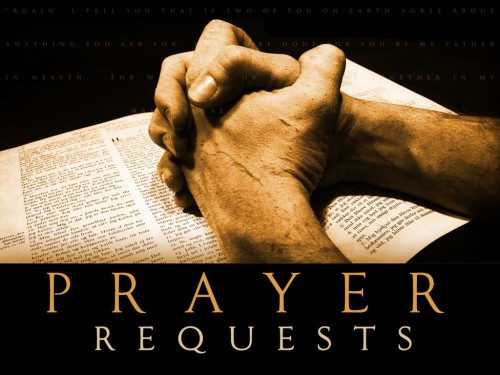 With permission from Team Possibilities

Do news stories cause you to pray for people? For the hurt, the poor, the oppressed? Even just a quick “God, please help them know Your presence”?

Sometimes the need is so great.

When I hear about an accident or crime, as well as praying for the victim I often pray for the one who did it. In some cases I relate to the fear of “what if I messed up and something awful happened?” Other times, the deliberate offender and offense are so bad that if God doesn’t get through to the person, he or she is lost.

The human response is “S/he deserves it. Good riddance.” But Jesus would pray for them all. He didn’t come to save the “pretty good” and let the “rejects” go to eternal darkness. We were all rejects.

So sometimes I pray for the bad guys as well as the good guys. It’s easy when they’re locked away in prison somewhere, or when we’re safe at home watching the news. We don’t have to meet their eyes, hear their venom, risk emotional or physical danger.

But what if we did meet them face to face? The Bible does say to demonstrate  Christ’s love even to our enemies, but could we?

But I say unto you, Love your enemies, bless them that curse you, do good to them that hate you, and pray for them which despitefully use you, and persecute you (Matthew 5:44, KJV).

What if? This came to me as a story idea, almost 20 years ago: a woman abducted by the serial killer she’d been praying for. I didn’t want it in my head, so I wrote it out. Over time, it expanded, changed, and became my novel, Heaven’s Prey.

In the novel, Ruth and Tony Warner are devastated when their niece, Susan, becomes the victim of a serial rapist-murderer. Ruth only survives her grief through prayer: first for Susan’s family and for the families of the other victims. She refuses her pastor’s advice to pray for the killer, Harry Silver. Who wouldn’t?

But a string of nightmares push her to pray for him, and that’s where the healing really happens, as she learns to forgive. Not to forget, but not to let the hurt keep poisoning her. If you met Ruth as the story opens, she’d tell you that God led her into prayer for this killer for her own healing. She hopes Harry will somehow open his heart to the Lord, but that’s out of her control.

She has no idea that God is preparing Harry’s heart and is also preparing her to meet him. In person. Alone.

Heaven’s Prey is about a villain’s last chance at redemption and a vulnerable woman’s obedience to pray for her enemy—not the gentle inspirational read many associate with the Christian genre. Even though the subject matter makes it pretty intense in places, at the core it’s about God’s tenacity—in reaching out, and in holding onto His own.

But I say unto you, Love your enemies, bless them that curse you ~ Matthew 5:44

Janet writes about the tenacity of God. Her novel, Heaven’s Prey, released November 1, 2013 from Choose NOW Publishing. You can find her on her website, Janet Sketchley.

This entry was posted in Contributor, Specific Prayer Requests, Why Pray? and tagged forgiveness, Heaven's Prey, Janet Sketchley, praying for our enemies. Bookmark the permalink.

We would love to hear your thoughts.